We are all so proud that our Preston Franchisees Alison & Steve Critchley recently won the coveted SBS business award, which is the brain child of entrepreneur and Dragons Den star Theo Paphitis. Despite stiff competition Alison illustrated how both Steve and herself had rapidly established their very own Heights Farm Pet Foods business in Preston and even expanded into the Fylde Coast region. As a result they won the SBS title, what a fantastic achievement, well done guys!

This is what Alison had to say–

“After joining Heights Farm Pet Foods in May 2018, one of our proudest moments to date happened in March 2019 when we were recognised by Theo Paphitis and awarded one of his Small Business Sunday awards!

The awards take place on Twitter every Sunday when Theo gives small businesses the chance to pitch to him. In one tweet you have to describe your small business, however trying to squeeze all of the information about you and your business into one tweet is something that should have it’s own award! From that he then has a look at you and your business and each week, out of all of the applicants and entries, picks six winners!

On Monday 25th March 2019 at 8pm we received a tweet from the man himself, Theo Paphitis! We’d won! WOW! Being picked as one of his six weekly winners really is a moment we will never forget, I don’t think all of our neighbours knew about our entry, but they definitely knew about it after we had won, as they most definitely heard our cheers of pure delight through the walls!

Theo Paphitis is best known for being one of the dragons on Dragons Den and he created the #SBS awards (as they are known on Twitter) back in 2010 to help small businesses and give them a boost. Since starting #SBS, there have been over 400,000 applications! Out of all of these, only 1% are chosen as winners, and of course finding out this statistic made our win that much more special!

He holds events for his awards and winners, and in February 2020, we were lucky enough to be able to attend his SBS event in Birmingham, where we got the chance to meet Theo and be presented with our award, again a moment we will never forget!” 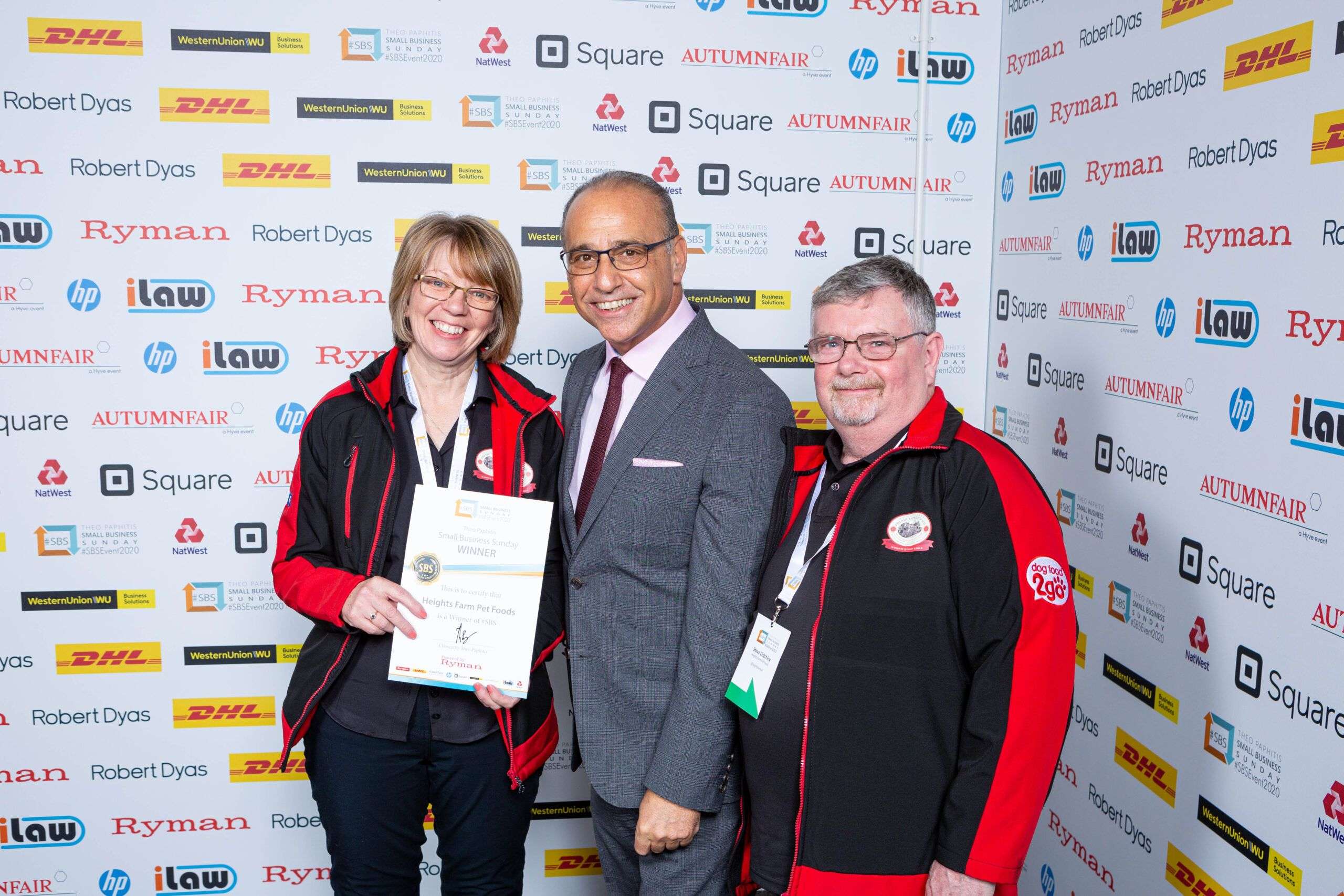